Posted by Gavin on Aug 25, 2009 in Canoe, Northwest Highlands | 3 Comments
The weekend brought news of a canoeing accident on Loch Maree that claimed the lives of a father and son. This got me thinking about the sport, about its risks and its rewards. 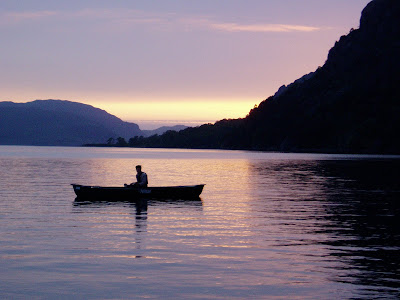 Canadian canoeing has grown in popularity in recent years due to the ready availability of affordable plastic boats. I have been a keen open canoeist for some time and love getting out on the water to enjoy the wildlife, catch fish and just generally chill out. Canoeing is best saved for the rare, windless occasions when it is a joy to slide effortlessly over the water’s mirror-like surface. It is a particularly magical experience at sunset, while enveloped in swirling mists or under the light of a full moon.
It is easy to underestimate the seriousness of canoeing, especially in apparently benign freshwater lochs. However, if conditions change and a wind gets up, big waves can appear very suddenly, particularly if they have a long run over which to build. Where a loch narrows the waves can become magnified as they squeeze through the gap. In lochs with lots of islands the formation of interference patterns can lead to unexpectedly large waves. 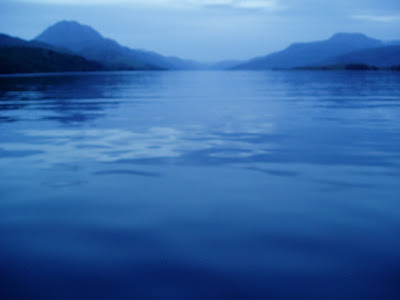 It isn’t absurd to compare open canoeing with climbing. Both demand accurate assessment of the conditions, have little margin for error and the consequences of making a mistake may be dire. The big difference between canoeing and climbing is the perception that the participants have of the risks involved. There can’t be many people who don’t accept that climbing carries with it a risk of severe injury or death, yet the same cannot be said of canoeing. After all, some canoes have built in fishing rod and beer can holders – even a cool box under the seat.
I was pretty blasé when I started canoeing but after a few scrapes I developed a healthy respect for the pastime. The first such adventure took place on Loch Maree. We had used the canoe to shorten our approach to the crags of Fisherfield, camping overnight on the northern shore before marching in for a day’s rock climbing.On the return journey the wind built steadily, and when we emerged from the shelter provided by the islands in the centre of the loch the situation became deeply uncomfortable. We were some distance from shore and it was a constant fight to keep the boat from going side on to the waves and being capsized or swamped. It was impossible to paddle directly to where I wanted to go, instead I had to maintain a zig zag course, keeping the bow facing predominately into or away from the waves. Changing tack was nerve-wracking. Timing was everything, for the boat became extremely vulnerable when turned momentarily broadside to the waves.

The consequence of a capsize in the middle of a loch would have been extremely serious. Lochs are generally very cold and it the righting of a capsized canoe is far from trivial. Even with a bouyancy aid it is debatable whether or not we would have been able to swim to shore before hypothermia set in. In the end we made it to shore, excited and unharmed. I recall someone posting on ukclimbing.com about a similar trip, again on Loch Maree, during which two boats containing six people capsized. Only one of the occupants didn’t need airlifted to Raigmore. 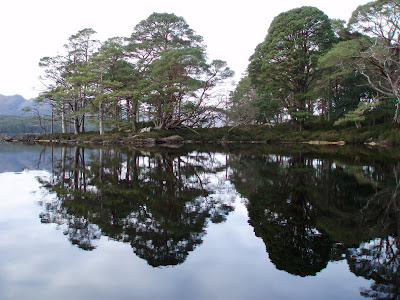 I don’t know details of the accident that occurred at the weekend, but it is likely that they were simply caught out by changing conditions; an exciting adventure turned to tragedy.