Posted by Gavin on Aug 31, 2009 in Books | 3 Comments
I spent part of saturday fruitlessly wracking my brain, trying to think of a dildo-related phrase that might be wheeled out in the heat of an argument. This strange line of enquiry had been occasioned by a comment of Paul Theroux’s in which he speculated, based on the content of their quarrels, that the owners of his Inverness Bed and Breakfast establishment may be users of ‘what the dirty shops called ‘marital aids”. Sadly Theroux, that meticulous note-taker, did not carry through to his final draft the exact words that had conveyed this  impression.
For those unfamiliar with his work, Theroux is a hugely influential travel writer, though nowadays he has been eclipsed in the mind of the British public by his documentary-making progeny, Louis and Marcel. He rose to prominence in the 1970s after writing ‘The great railway bazaar’, an account of a train journey from London through Asia on the Orient  and Trans-Siberian Expresses. This proved to be the first of many great voyages; a few years later he made a tour of the coast of Great Britain, in the course of which he passed through Inverness. 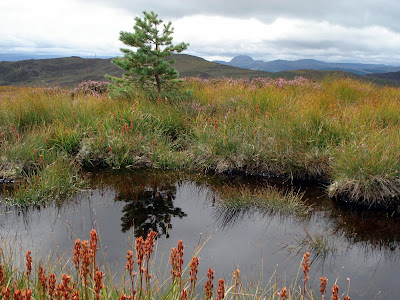 Finding myself without opportunity to venture any great distance from my house this weekend, I had hatched a plan. I would locate the book in which he described his coastal odyssey, ‘The kingdom by the sea’, find out what he had said about Inverness, then visit the described scenes to see if any of his observations still rang true.
Theroux devoted part of his short stay in the city to studying his map and debating whether or not Inverness qualified as coastal. In his mind it all hinged on whether or not the Moray Firth was part of the North Sea. I can understand his confusion. If his map lacked detail, the intersecting spits of Chanonry Point and Fort George may have appeared to be joined, making freshwater lochs of the inner Moray and Beauly firths.
He was ignored by the bickering hosts of a cold and unpleasant Bed and Breakfast.  The dampness of the bathmat and the owner’s bowling trophies troubled him. The appearance of their diseased dog was so objectionable that he wanted it to be put down. After making the marital aid related observation mentioned above he took the train to Aberdeen.
I was mildly disappointed that there were no footsteps in which to follow, but pleased to find further evidence to support my long held suspicion of Bed and Breakfasts and their proprietors. There is no need for me to try to recreate Paul Theroux’s time in Inverness – a quick visit to tripadvisor.com revealed that similarly dissatisfying accommodation experiences being dispensed in Inverness to this day.Instead I spent sunday walking up a small hill at Abriachan, where I took the photo that accompanies this piece.