Some photos of Nairn beach and a little bit of politics

Posted by Gavin on Oct 31, 2009 in Science | 4 Comments
A bit of a departure from the norm this week. I felt compelled to provide some political commentary in place of the usual travel / outdoor material. Normal service will be resumed next week. I’m working on a plan for the second nocturnal mountain bike journey of the winter season. Trains will  feature once again! 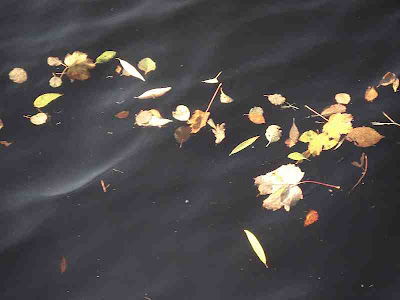 Autumn leaves carried to the sea by the River Nairn.  Perhaps some fell from trees high in the Monadhliath .
What do I have in common with Boris Johnson, Arnold Schwarzenegger, David Cameron, Barack Obama, Alistair Darling, Bill Clinton, Jacqui Smith, Al Gore, Caroline Flint, Sarah Palin, Charles Clarke and George W Bush?
One thing at least – I smoked the odd jazz cigarette in my youth. In doing so I established that cannabis, a Class B controlled substance, was far milder than society’s favourite drug- alcohol. This alerted me to the fact that the official advise about the relative dangers of the two substances was incorrect. In short, the authorities had lied to me. Almost twenty years ago I wrote a discursive essay on the subject as part of my Standard Grade English. Then, as now, the evidence pointed overwhelmingly to the fact that cannabis is far less harmful than alcohol. Accordingly, it is unfair to criminalise those who use cannabis for medicinal or recreational purposes. For a while it looked as if an evidence-based policy might be considered seriously. Cannabis was downgraded to Class C, only to be upgraded to Class B soon after amid media hysteria about ‘killer skunk’.
I will not go into the details of the argument here. Others have stated the case clearly. In any case, arguing with those who are in favour of the War on Drugs is every bit as futile as arguing with creationists or climate change deniers. 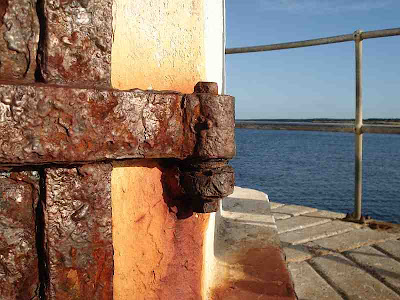 Rusty hinge on the structure at the end of Nairn Pier.

It was with great dismay that I learned that Professor David Nutt had been asked by the Home Secretary to resign as chair of the Advisory Council on the Misuse of Drugs because of the views expressed in the report linked above. This is an appalling example of the government refusing to listen to an expert who has been appointed to help ensure that policy is based on scientific evidence. He spoke the truth so they got rid of him. The message seems clear – the government are not interested in basing their policies on science. Rather they want scientists to provide evidence to support their existing prejudices and flawed policies.
In doing so they are failing in their duty to protect society from substance abuse related harm. The only positive side of this sorry affair is that the government’s dictatorial attitude did not extend to having him disappear; they simply sacked him. It is worth reflecting that they could have used anti-terror legislation to detain him without trial or fly him off to some faraway land for a good waterboarding to the soundtrack of the Bee Gees.
It is dismaying that the politicians listed above have retreated into hypocrisy, admitting their own drug use while implicitly endorsing the punishment of others who do the same. This is human behaviour at its very worst; the power of the establishment is such that the only view that may be expressed openly is demonstrably false.
As always your comments are very welcome……