Some photos from around Inverness

Posted by Gavin on Dec 16, 2009 in Uncategorized | 2 Comments
I’ve got myself a better camera as part of an effort to improve my photography. Below are some photos taken around Inverness last weekend. 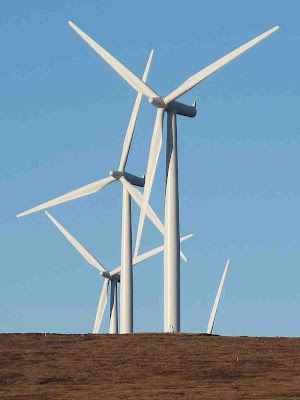 Wind turbines above Farr, to the west of the A9 just south of Inverness. Having laid down my objections to the piecemeal development of wind farms in my last post I decided to confront the contraptions face to face. It’s actually quite difficult to object strongly to this particular development. Having thought the whole windfarm issue over in more detail I came to realise that when David Mackay highlighted the impossibility of completely satisfying our energy demands through renewable sources he was thinking of Britain as a whole. When I find a spare half hour I will put my republican hat on and repeat his calculations for Scotland alone. Perhaps it is really England that  needs to build nuclear power stations. 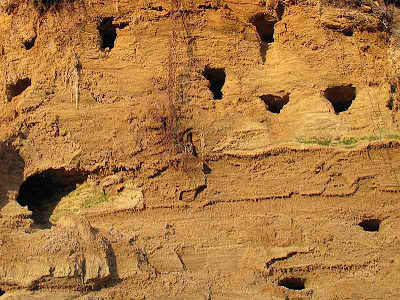 These sandmartin nests in a sand bank near River Findhorn at Ruthven reminded me of cliff dwellings. The bank was slowly renewing itself, shedding its outer skin as the sun’s rays melted its frosted surface. 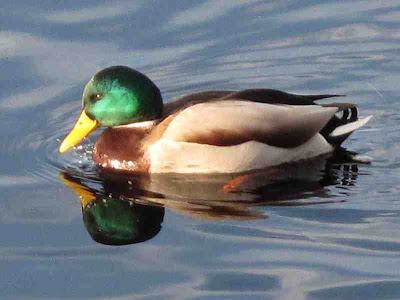 Mallard drake at the mouth of the River Nairn. 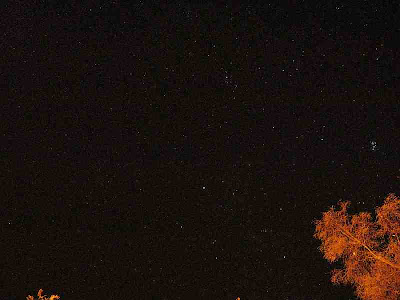 The night sky before the peak of  the Geminid meteor shower. You can make out Pleiades, the small cluster of stars above the tree. I wasn’t lucky enough to to catch any meteors in any of the 40 or so photos I took but we did see a few reasonably impressive ones.