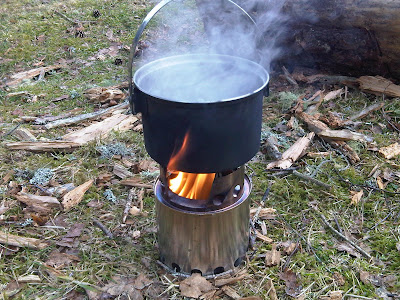 One of the things that tipped me over the edge into smartphone ownership was the possibility of mobile blogging; this is the third consecutive mobile blog. The other was the ability to suck podcasts directly from the ether onto the playback device, meaning that I am able to catch interesting radio programmes that I would otherwise miss. I’ve been using the Podtrapper app for Blackberry for this and highly recommend it.

A recent edition of the ‘Books and Authors’ podcast featured an interview with Douglas Coupland, discussing his novel ‘Generation X’, a favourite of mine that captures perfectly the spirit of the early 90s. In it he coined the phrase ‘McJob’ and made a number of cutting observations on the senselessness and futility of modern work.

In the podcast interview, Coupland, a Canadian, criticised American society for its insistence on turning everything into a product, a trait which he feels has resulted in them losing touch with their art.

It is fitting that the Bushbuddy wood-burning camp stove, a photo of which, topped by a boiling billy, accompanies this post,  is designed and manufactured in Canada. Rather than being a soulless product that consumerises that most elemental of human experiences – cooking in the outdoors – the Bushbuddy is a work of art that makes the cheer of an open fire compatible with zero impact camping.