Bothying is the strangest – and perhaps my favourite – of all outdoor sports .  It is true that it is not for everyone. Some people just don’t get it. Maybe they’re not doing it properly – in order to to ensure that your outing is a satisfying one it is wise to observe a few simple rules. 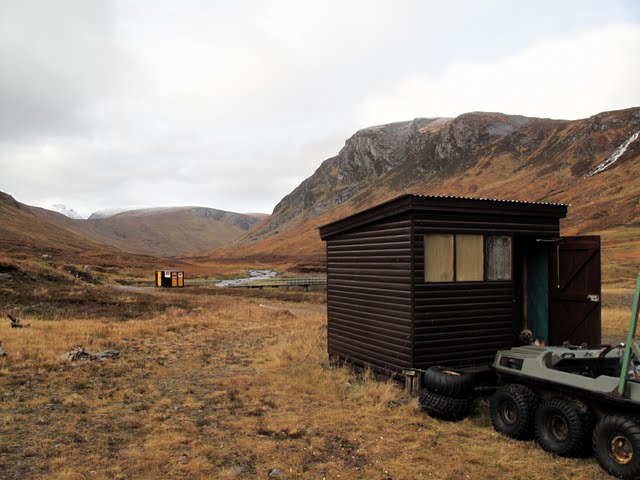 Firstly, pick a suitably remote bothy, at least ten miles from the road and preferably more. Secondly, wait until it is completely dark before setting out.  Lastly and most importantly, carry an incredibly heavy sack. Coal and beer are great for increasing the weight of your sack. Sacks could be lightened considerably by taking whisky instead. This would be far more efficient, but it would hardly be sporting.

All threee golden rules were observed during the weekend’s trip to the Glenbeg bothy. I’ve been keen to get into this one for years, ever since I opened up OS Map 20 ‘Beinn Dearg and Loch Broom’ and caught sight of the vast area of  hill country to the north of the A835 Ullapool road – practically the only road on this empty sheet. The southern approach up Strath Vaich from just before the Glascarnoch Dam was the one that had caught my attention but we decided on the eastern  approach from Alladale instead. 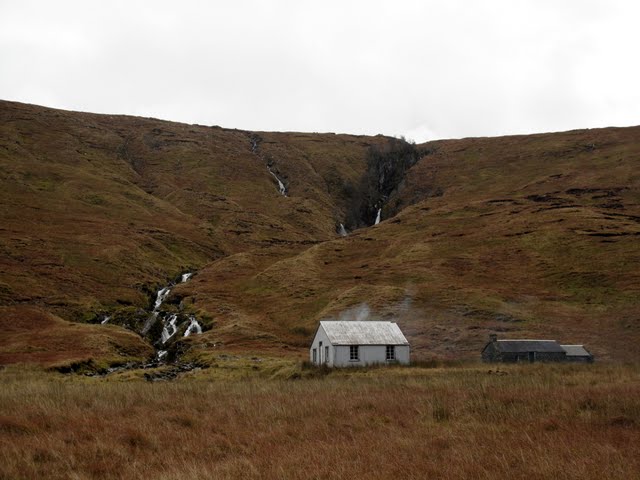 The bothies at Glenbeg. The stone building to the right is the original, the silver building has been maintained by the MBA since 2000. We chose the modern one for its stove and bright interior.

It was well after ten by the time we set off on our bikes, cycling alongside Lister’s electrified enclosure. A powerful spotlight dancing on the hillside above was the first sign we saw of an approaching landrover. The keepers clearly found our behaviour a little odd, however they were completely comfortable with the equally eccentric pastime of driving round late on a wet friday night lamping for foxes.

It is possible to cycle to within 2 km of Glenbeg  but the final rough stretch and the sizable burn  immediately beside the bothy had been weighing on my mind. It was clearly very wet and still raining heavily so the burn could very well be  impassible. That would leave us in a bit of a pickle. The prospect of a dismal uphill slog in the dark with about 8 kg of coal and  the same of Deuchar’s weighing down on my shoulders in order to locate a  suitable crossing point was not apealling. 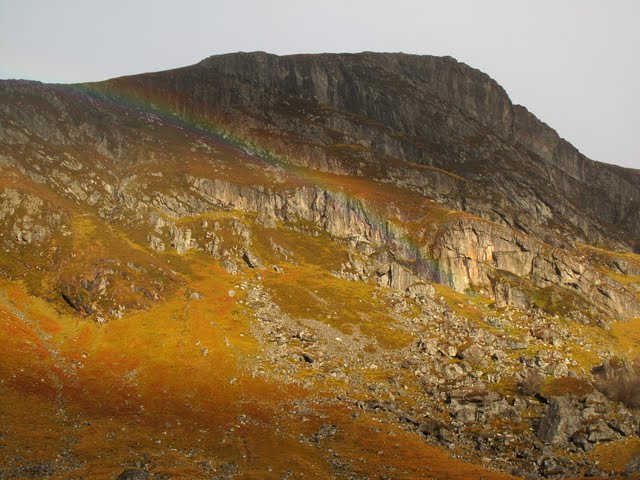 We broke the wet cycle with a rest in the generator hut near Deanich Lodge, stuffed with enough lead-acid batteries to power a U-boat and decorated with wartime graffiti. Shortly after leaving we met the keepers again. They advised us that the rivers were indeed very high and cautioned us that we could easily be misled if we inspected the levels below the tunnel that abstracts most of the water from the Abhainn a’ Ghlinne Bhig to the Glascarnoch hydro scheme. They informed us the location of a small unlocked hut where we might leave our bikes.

It was about 0100 by the time we reached the hut and we decided to doss down there and save the river crossing for the morning. It was a surprisingly cold night – not quite cold enough to make me shiver, but enough to ensure a less than completely restful night. Perhaps it is time to give my sleeping bag a clean, I have been using it for 8 years without washing it. 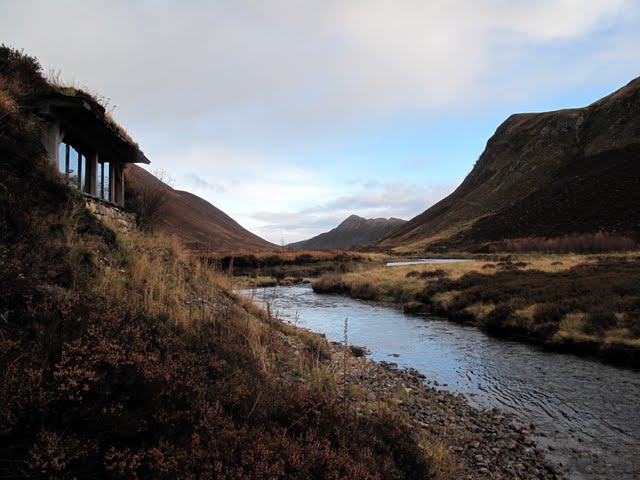 The chilly night left us preoccupied  with the bothy and the prospect of fire and warmth. By 1130 on Saturday morning we were happily ensconsed by the stove in Glenbeg bothy, beer in hand. It’s true that we could  have spent the Friday night in our respective beds and still have made it to the bothy by lunchtime, without even having endured a particularly early rise, but there’s nothing like a gruelling approach to sharpen one’s appreciation of a warm bothy and a cheery fire.