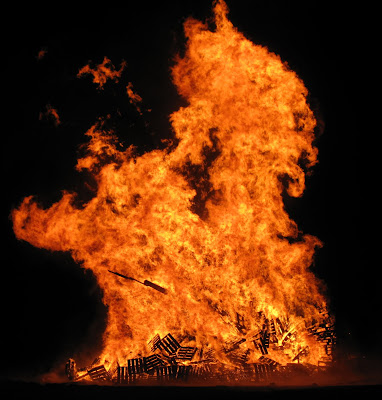 I went to see Ray Mears speak at Eden Court in Inverness at the end of October, expecting to find a backroom full of men with camouflage trousers and facial hair. I was pleasantly surprised however to find that Ray had sold out the sizable main auditorium to a broad cross-section of society. His fan base extends from children to pensioners, like the audience at a Status Quo concert, but with much less in the way of embarrassing mullets.

Of the many anecdotes that Ray trotted out over the course of the evening one has stuck in my head. He mentioned that the reason that he appeared a bit on the beefy side in his earlier programmes was because his mobility had been restricted by painful arthritis in his back.  It turned out that this arthritis was a symptom of an undiagnosed case of Lyme disease. He only discovered this some years later after developing the other symptoms of the disease – when he obtained treatment his back pain vanished immediately and has remained at bay ever since. Ray may have a slightly more svelte figure nowadays but he does not appear to be in any immediate danger of wasting away.

Ever since that night I have harboured an over-riding urge to make a campfire. Shivering behind a conservatively placed safety barrier at the Inverness fireworks display the next weekend (photo above) did nothing to slake my thirst for fire-raising. The bonfire was extremely impressive, but the accompanying firework display gave the impression of having had its budget slashed by 90 % at the last minute, which it probably had. 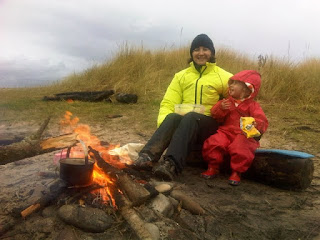 Thankfully the weather was sufficiently kind during a weekend cycling trip to Culbin Forest that I was able to whip up a nice fire to warm our picnic and boil up some billy tea. 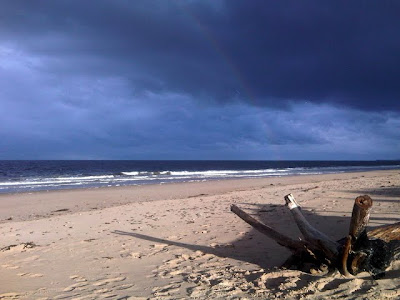