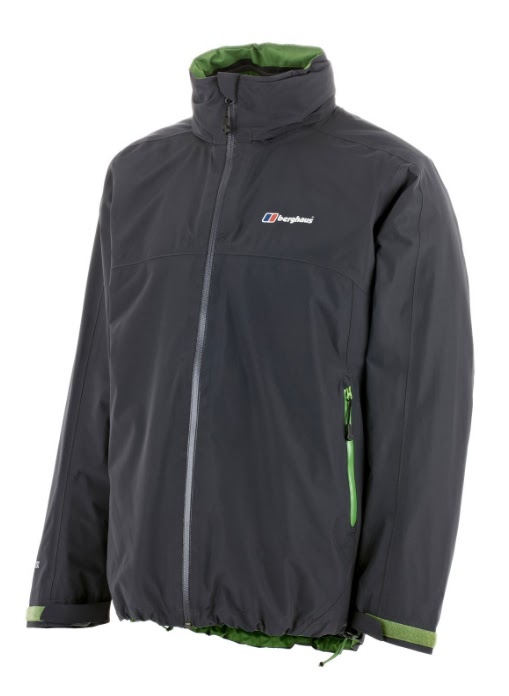 When I unwrapped the Berghaus Bowscale 3-in-1 jacket I was handling a clothing category that I had managed to live without for over a decade. At no point had I felt the lack of 3 in 1 jackets, and I’d packed in a lot of varied outdoor sport in Scottish weather. Had I been missing out on something?
It awakened a bout of nostalgia for my first proper jacket, a Spray Way 3-in-1 from 1997. Before that I just wore waterproofs made for agricultural use by a company called Highlander. They’re still in business, offering a basic jacket called the Tempest for just over thirty quid.

But back to my first experience of the layering concept, the Sprayway. It was all very cunning. You had a fleece that zipped into the inside of the waterproof shell. So when it was cold you wore both, but could remove the fleece and wear the shell or the fleece on its own, according to the conditions. At the time layering was almost universally accepted as the best way to dress for the outdoors, and it was almost invariably offered up for sale in the form of a 3-in-1 jacket. I mostly wore mine in the urban environment and after a couple of years someone stole it from an Oxford pub, the Jude The Obscure.

After being deprived of the 3-in-1 I didn’t feel the urge to replace it. Instead I bought a succession of light shell jackets and wore them over whatever took my fancy, fleecy jumpers, woolly jumpers and more recently a thin insulated jacket. The latter has the advantage of being windproof and extremely light to carry.

When I took up winter sports seriously in 2002 I followed the advice of Mark F Twight and Andy Kirkpatrick, abandoned the waterproof shell completely and joined the softshell revolution.  I bought Patagonia Mixmaster jacket and trousers to wear while moving or in moderate conditions with a DAS Parka to throw over the top when stopped or when the weather got really rough. There are no condensation issues, but neither jacket is properly waterproof. What saves the day is the quick drying nature of the softshell and the parka being so big that it can take a fair bit of rain without loosing insulating properties. In reality I find I don’t go to the mountains to practise winter sports when more than a fair bit of rain is expected, because if it’s wet it will also be relatively warm and I would choose a modified summer clothing system instead; a lightweight waterproof shell with layers beneath. 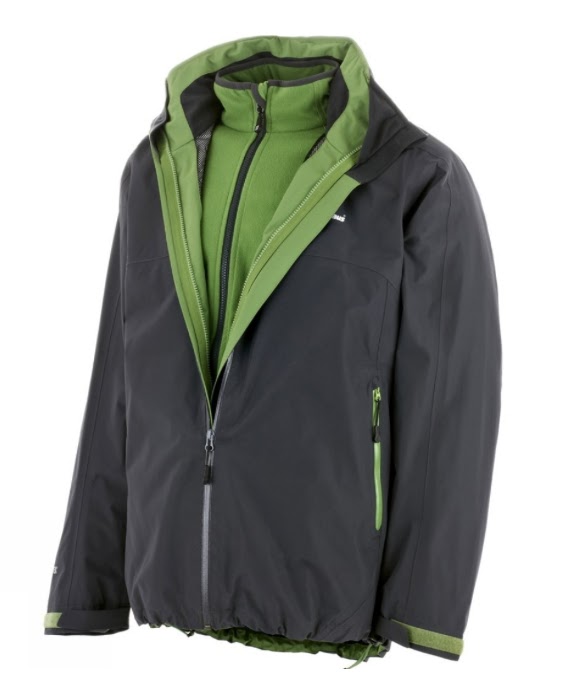 So had I been missing out on anything during my accidental boycott of the 3-in-1 jacket? Would the Bowscale turn me back towards it?  I examined the jacket with interest. As one would expect from a longstanding manufacturer of waterproof jackets such as Berghaus the quality of workmanship is excellent. The fleece has lined sleeves and it feels luxurious as one slips it on. The shell has a light mesh inner which I imagine will improve breathability somewhat, and also has an inner map pocket, which is handy, unless you have the fleece zipped in, in which case it is inaccessible. That is what has always baffled me about the 3-in-1 concept: the fleece and shell are more functional, and more comfortable, when worn together as separate garments. So why join them together at all? The answer struck me suddenly. When zipped together it is better for wearing in non-technical conditions, like work or the pub: it’s easier to hand to it to waiting staff and cloakroom attendants. It was an aspect of jacket performance I hadn’t previously considered.  The Bowscale isn’t designed any use more technical than hillwalking. Overall it’s a nice-looking jacket that I’ll be wearing this winter as my everyday jacket, allowing me to save my ragged technical garments for their proper application.