Posted by Gavin on Oct 2, 2009 in Commentary, Landscape, Run | No Comments 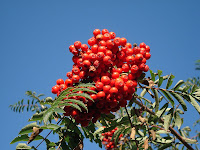 Frequently updated blogs can easily become annoying, but Will Gadd’s is an exception. Reading his thoughts on training made me feel slightly lazy, so I decided to convert my guilty indolence into useful action. I enlisted Tam the dog to accompany me on my favourite hill run, taking in the rounded summit of Beinn Bhuidhe Beag. It’s about a 10 km circuit of landrover tracks with an invigorating 300 m of ascent. I wrote about ski-touring this route a couple of months ago.

Having such a facility on my doorstep makes me glad to live in Scotland where our tradition of free access to the hills is enshrined in law. Our access situation contrasts sharply with that elsewhere the world, notably in North America. I’ve been researching a trip to the National Parks of Utah next year; Zion, Canyonlands, Bryce Canyon, Arches. Like most people nowadays I suffer from terrible carbon guilt and the reason I’ve been able to suppress this enough to justify a long haul flight is because of the unparalleled opportunities for outdoor recreation provided by the US National Park system. 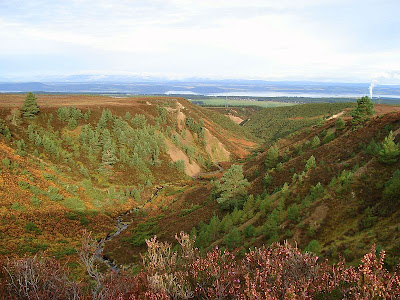 In many ways North America provides an ideal location for the establishment of national parks; large areas exist that are devoid of development, allowing the land managers to draw a boundary and impose rules to protect the land both for nature and for outdoor recreation. In our crowded island the situation is very different. Both the Cairngorms and Loch Lomond and Trossachs National Parks contained landowners, settlements and peoples’ livelihoods long before they were designated as National Parks. Protecting the land from insensitive development has to be balanced with the desire to maximise the economic benefits brought to an area by national park classification. 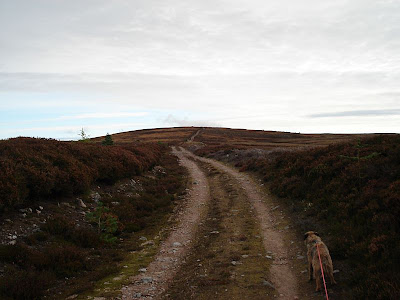 It is often difficult to decouple the recreational value of a piece of land from its economic value. My morning’s run over the grouse moor is a case in point. If this land was in its wild state of trackless heather and peat hags it wouldn’t be an attractive venue for running or for biking.

An aspect of running that I enjoy is the way it allows apparently disparate thoughts coalesce into communicable themes. Today’s insight was that my continued enjoyment of this running route may be reliant on the economic benefit that grouse shooting brings to the landowner continuing to outweigh that which they could gain through alternative land uses. One such alternative use might be covering the land in windfarms. I’m not as violently opposed to these developments as some, but all the same I prefer viewing them from a distance to running in their shadows.

This unprotected, but accidentally recreationally useful, state is all too fragile. I’d like to see the National Parks Act used to protect a far greater proportion of Scotland’s wild lands.