Back to reality: from one outdoor paradise to another 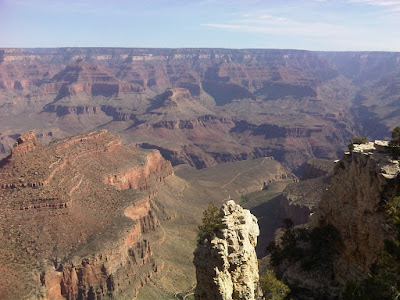 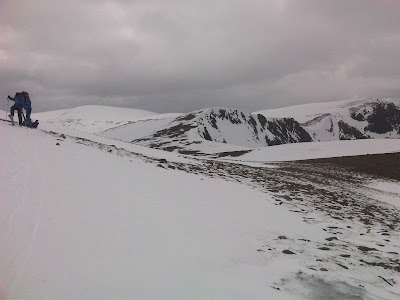 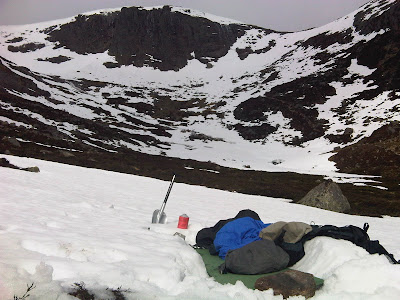 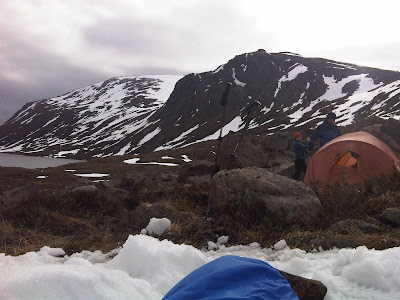 During my visit to the Grand Canyon I was reading John Wesley Powell’s account of the original exploration in 1869 (I think). In his summing up he suggested that, should one be desirous of a full appreciation of the vastness of the canyon and of the variety of its landscapes, it would be necessary to spend an entire year within its confines. Accordingly I’m not going to bother describing my superficial brush with the Grand Canyon’s South Rim. Suffice to say I will be back. The idea of a rafting trip or a through hike from rim to rim is very appealing.

Not being a believer in the phenomenon of jet lag I found the invitation to join an overnight skitouring trip in the Cairngorms that greeted my arrival to be irresistible. Less than 24 hrs after arriving home I looked out my National Park pass and drove down to the Park Headquarters to see if they had any wilderness permits remaining for the Coire Cas trailhead. We hoped to reserve one of the highly prized backcountry campsites in the Loch A’an Basin, but what were our chances on a Bank Holiday weekend?

What relief I felt when I remembered that we do things differently in Scotland. Our access legislation means that there is no requirement for a Park Pass; no need to obtain a Wilderness Permit; no need to book a campsite or even decide in advance where we would stop for the night.

This will seem strange to any North American readers, but we simply parked our cars and wandered off into the wilds of the National Park without processing any paperwork or paying any fees.

Upon arrival I found that the rest of the party had decided to accommodate themselves in a 3 man tent. With characteristic generosity Mearnsey offered to share a second tent with me; the only slight snag being that due to his already overflowing bag I would have to carry the whole thing myself. I declined his offer, gambling that the weather would be suitable for simply dossing down in the open.

And what a fine bivvy it proved to be, I excavated a depression on a relatively flat snow patch beneath the Shelter Stone. The howff below the stone itself was as commodious as I recall from the last time I overnighted there but some residual snow inside, the melting of which had resulted in muddying of the floor. This made a bed of clean snow in the open air a far more appealing prospect.

And the consequence of the permit free access to the Loch A’an Basin? Far from being overrun we saw the torches of only two other parties shining among the moraines and boulder-fields.
In Powell’s book he discusses the indigenous inhabitants of the Southwest. In keeping with the language of the time he describes them as savages, but he does concede that some had almost effected the transition from savagery from barbarism.

Come morning Neil was kind enough to use his shiny new avalanche probe to transfer a bacon roll from the tent to my nearby bivvy. I felt like a hungry savage receiving a handout from benevolent barbarian neighbours.