What a start to the winter 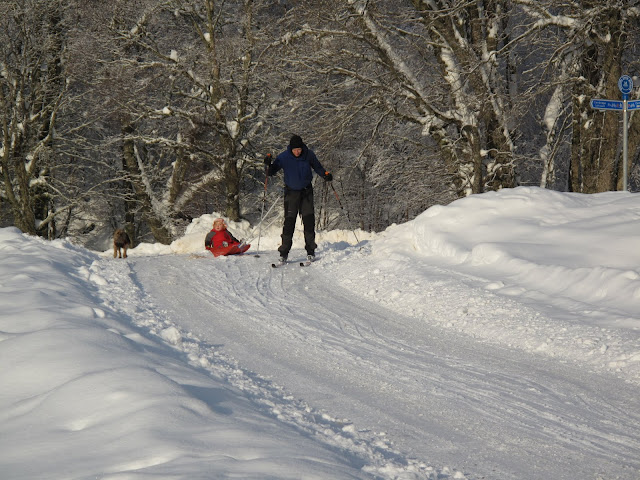 Back in 2008 I embarked on a skitour from my front door. My excitement at doing so was tempered by a hint if sadness that in this age of warming temperatures I may be grabbing the last chance to make such a journey. The North Atlantic Oscillation‘s winter contribution to the winter of 2009/10 showed how both how complex our climate is and how wrong I had been.

I’m not a great one for regrets but as I stumbled and post-holed round the woods on my daily dog walk week after snowy week last winter I came to regret not having purchased myself some cross country ski kit early last winter before all the shops sold out. I didn’t t honestly believe that cross country skiing was a viable sport in 21st century Scotland. The 118 days skiing enjoyed at the Clashindarroch Forest near Huntly last winter prove that it is perfectly viable!

Determined not to get caught short again I resigned myself to the inevitability of paying full retail prices and placed an order with Cairngorm Mountain Sports in Aviemore. And so I found myself on saturday, fighting my way north through a blizzard up the A9 with track skis and boots in the back of the car. On my first day of nordic ski ownership – in November no less – I was able to ski from my front door through the local woods on close to a foot of fresh snow. I was last out on skis in early May when we bivvied out near the Shelter Stone at the head of Loch A’an. If summer is measured as the time between ski outings this year’s lasted a mere six months. Now up to 9 days nordic skiing and 1 day of ski mountaineering, not bad for the first week of December.