Bothying can seem to be a timeless, invariant pursuit, a chance to exchange our ever-changing, data filled world for one that our great-grandfathers would recognise. The reality is somewhat different: bothies come and go with surprising regularity. The last time I visited Glenbeg there were two bothies to choose from: we stayed in the first, a light tin shed with a pot belly stove, barely examining the dingy stone hovel that lurked behind. Lightning destroyed the tin shed in April 2012 so this time around there wasn’t any choice. 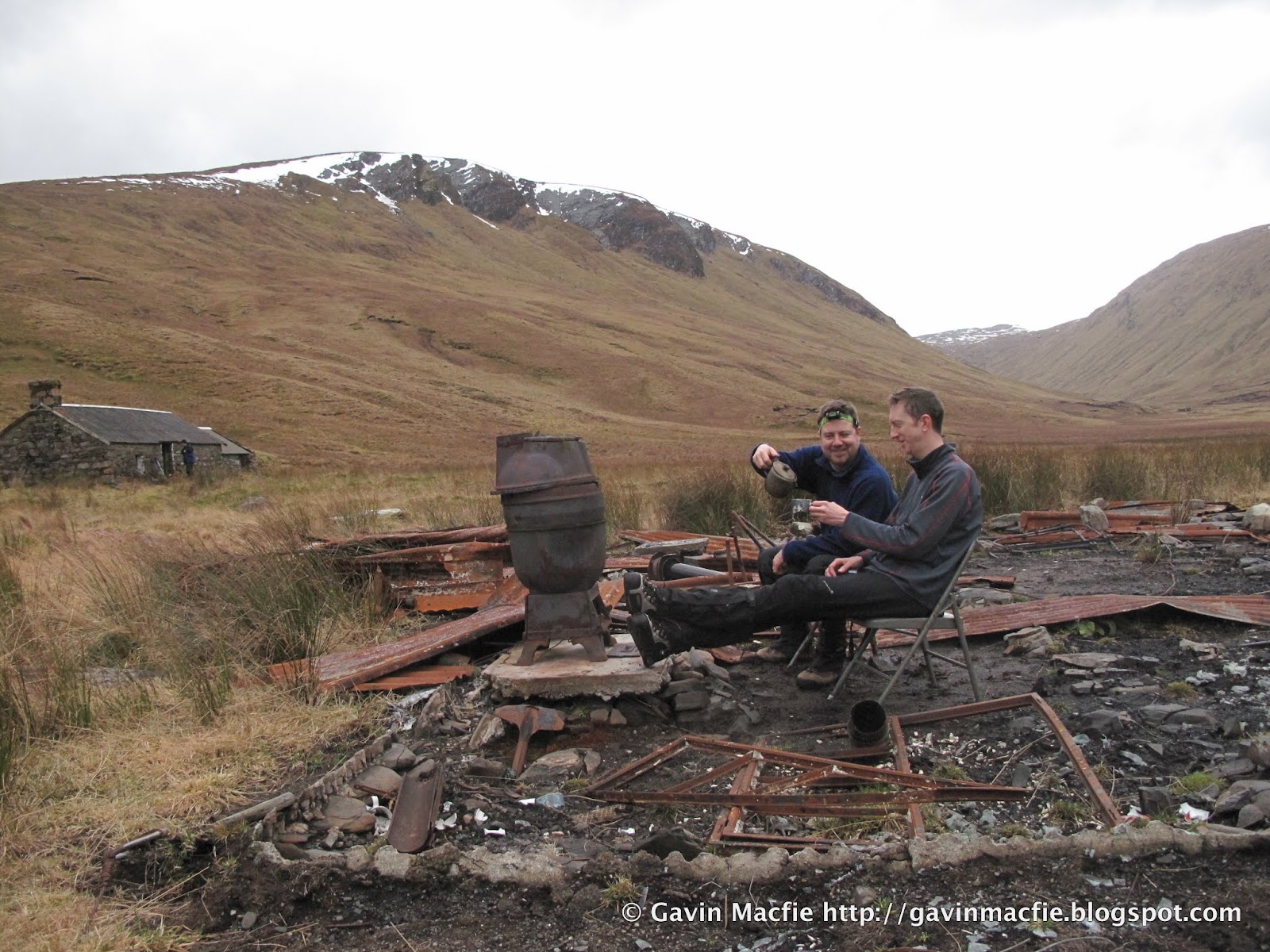 A tailwind chased us in from Black Bridge on Friday night. Even fully laden, it was an exhilarating, undulating cycle, the downs providing almost enough momentum to carry the following ups. I sped ahead, relishing the opportunity to diminish fat reserves laid down over the previous fortnight’s festive overconsumption. A fire and some candles made the old stone bothy cheery, but snug for our party of seven.

Saturday was windy but dry. We made an ascent of Seanna Bhraigh, delighting in the summit panorama of the northwest: the Summer Isles, Ben Mor Coigach, Stac Pollaidh, Cul Beag, Cul Mor, Suilven, and Canisp. 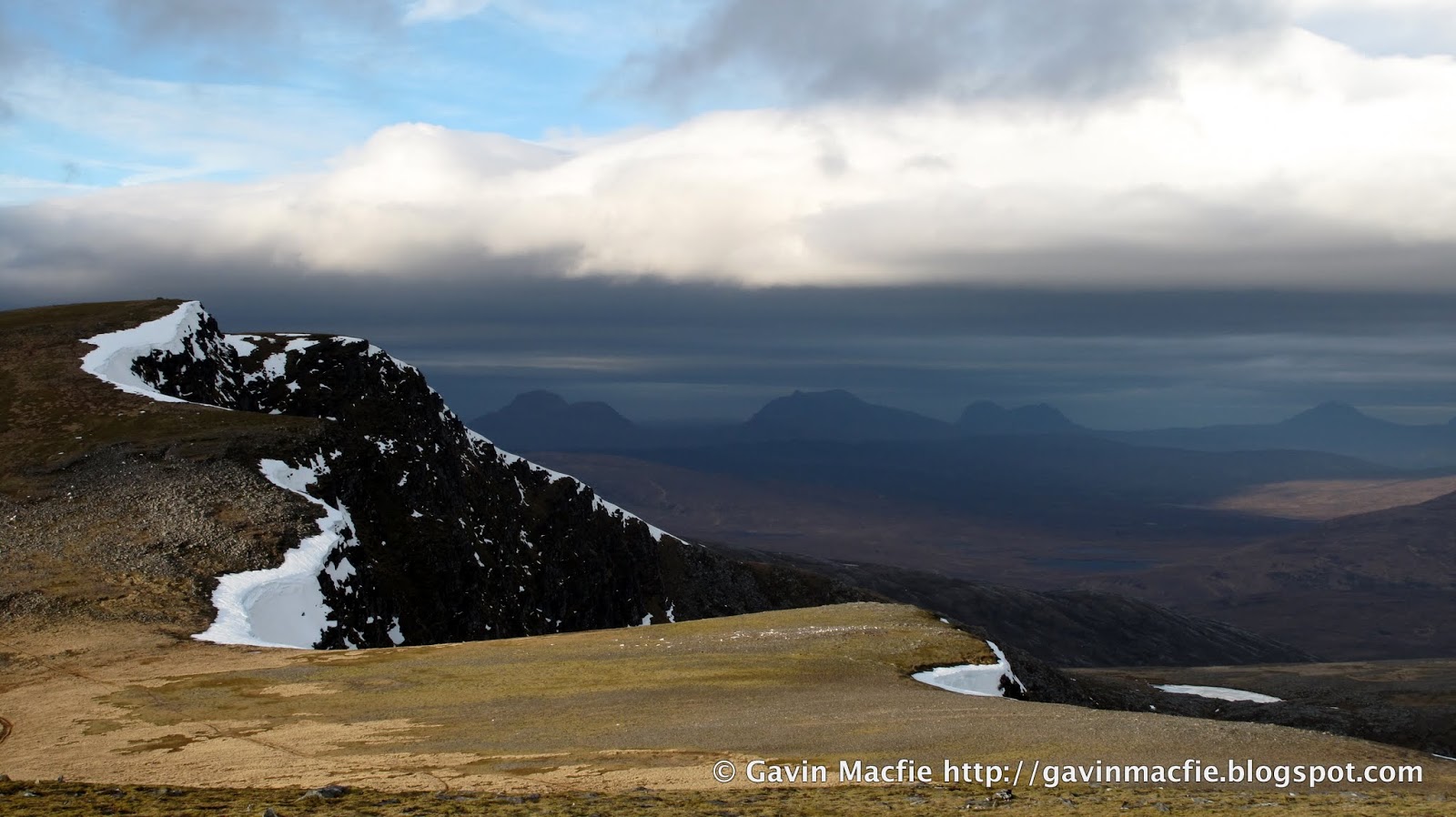 As we approached the bothy I was dismayed to spot a head torch twinkling outside. It was already late afternoon so anyone there would surely be staying for the night. Next time I glanced up there were two people outside, the next time three. We were in for a busy night.

On reaching the bothy we introduced ourselves to two separate parties of three and passed on the news that we were the first of seven, bringing the occupancy to a total of thirteen. Fortunately my sixth bothy sense had prompted me to bring a one man tent and I immediately set off to pitch it beside the river, on what seemed to be the only piece of flat ground in the glen. 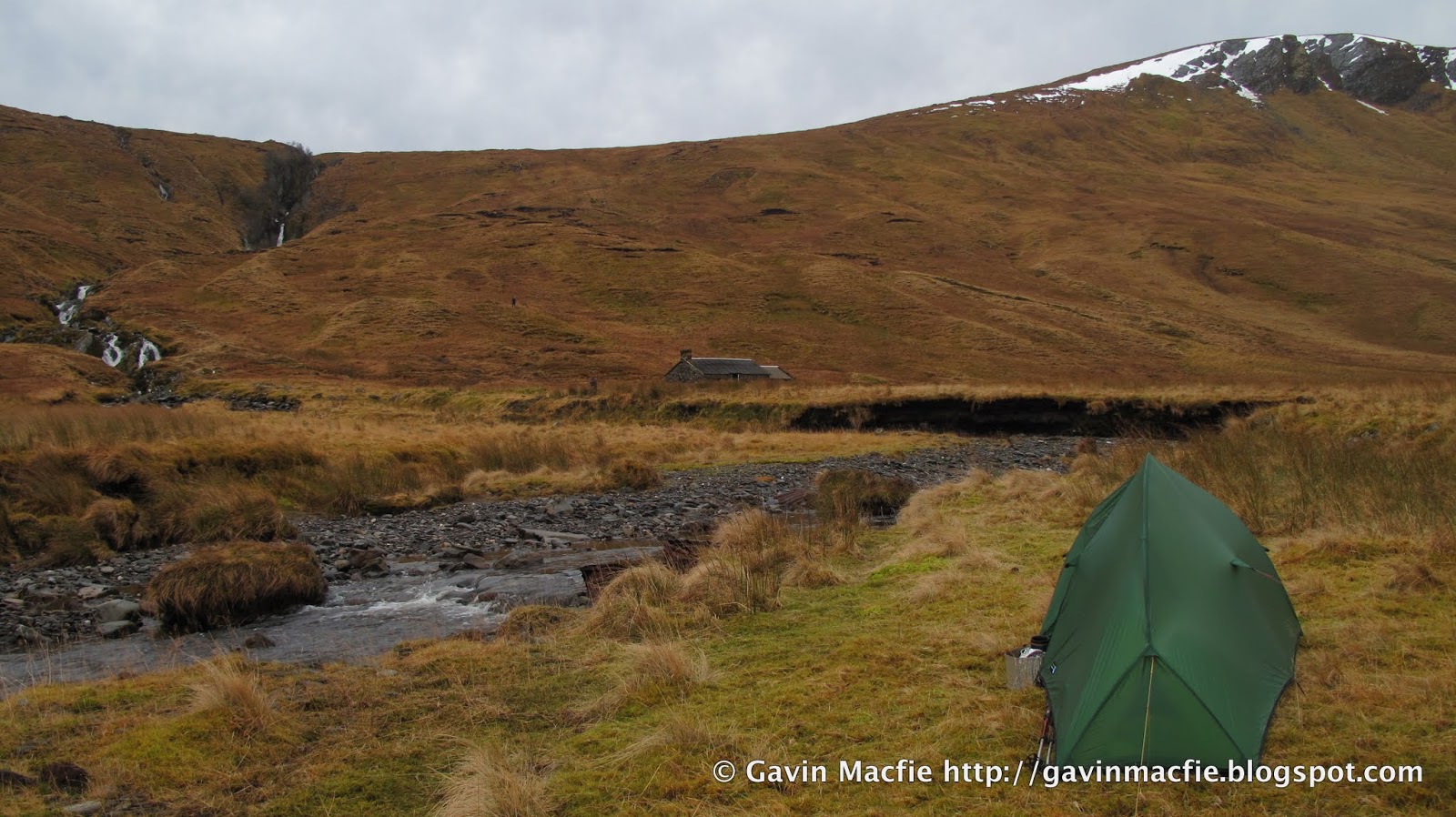 We passed a convivial night around the fire. One of the busiest bothy nights ever for me, and in the last place I would have expected to find overcrowding. We reflected on how rare it is to encounter a bad egg in a bothy, though one of our companions had a fine tale to tell about a time when he had shared a bothy with a chap with an unfortunate tendency to urinate while sleep-walking. When our new friend’s own sixth bothy sense had woken him in the night, he found this bothy bastard towering over him, lad in hand, and on the very brink of hosing him down.

There was no hint of any such antisocial behaviour to come, but I was nonetheless relieved to depart the hearthside and retire to my tent, rather than sleep in the company of a dozen smelly men.